I am Jyotish Acharaya From Bhartiya Vidhya Bhawan New Delhi and Research In Astrology under the guidance of Shri K N Rao.

Important Information
‘For Searching the Link Write in the Search on the right handside Top of the Home Page to open the Articles Pertaining to a Subject’
All Article links on my facebook page https://www.facebook.com/astrodocanil/ , Google and Linkedin Scroll and you can see for yourself.

This is with Reference to my Predictions made in advance for the Global Events . here in this Article I am Listing Out 10 Intuitive Predictions for the Future in 2019.

‘Vijay Mallya’ Named as First Tycoon Fugitive Economic Offender . I have written so many Articles on him and I am sure he will be brought to India and Brought to Book. He seems to be in Hot waters in the near Future .The Time Frame from 7th March 2019 Onwards and 23rd to 30th April 2019 may Prove to be most Venomous for him and may have to return to India and will be in the clutches of the Law. He may be in Hot Waters which is boiling. Read My Latest Article on him “South Node Transit Over Natal Venus at 29.08 Degrees On 23rd March 2019.

The Cycle of Rahu in our life acquires a specialy dimension and when Ketu comes over the natal Rahu and Rahu over the natl Ketu then if Rahu is not benefic in the chart it brings a down fall when the Sub dasha of a Planet is also in operation and the Eclipses are taking place in the 1/7 axis of the Ascendant, Sun, Moon or the 8th house . Vijay Mallya has Sun in the sign Sagitarius at 2 degrees and as per Jyotish Classics when Eclipses take place in the sign Sagitarius then the Kings have a Down fall. it may be the worst time now after 23rd March 2019 to 26th Dec. 2019 when the solar Eclipse takes place over the sign Sagitarius. Mallya will have to Retrun to India. The time Frame from 7th March to 30th March 2019 seems to be the Most malefic for him and specially the 23rd March 2019 .

2.  BUISNESS TYCOONS AND POLITICIANS INVOLVED IN SCAMS WILL BE IN HOT WATERS ROBERT VADRA

Regarding Robert Vadra Let me again Put here in black and white he will be brought to Book Before the 30th April 2019 when Saturn will be stationary and in the Poorvashada Nakshatra The Dates most Venomous are also 14th-17th June 2019, Hence starting from 23rd March to 17th June 2019 a Period when he can be in Hot waters. We all Know what Saturn can do when Afflicted in the chart and Transit Mars over the Natal Saturn degree-wise on the 18th Feb. 2019 onwards It so seems and finally in the above time frame will be Brought to Book . The Period from 18th-26th Feb. and then From 23rd April to 30th April 2019 most Venomous Period which may put him in deep trouble.

3. DOWN TURN OF STOCK AND FINANCIAL MARKETS

Read my Latest Article “Will The Stock and Financial Markets Down Turn In March-Dec. 2019 ?” https://www.astrodocanil.com/2019/02/will-the-stock-a…n-march-dec-2019/ . The Time frame most venomous for the Stock and the Financial markets stars from the 22nd March to 8th August and the 26th Dec. 2019 will be the ugliest.

4. NIRAV MODI & MEHUL CHOKSI FACE MUSIC AND WILL BE BROUGHT TO BOOK

Please Read my Articles on him on the link https://www.astrodocanil.com/?s=nIRAV+Modi Specially the Article
Fugitive Billionaire Diamond Merchents Nirav Modi & Mehul choksi Link https://www.astrodocanil.com/2018/10/fugitive-billionaire-diamond-merchants-nirav-modi-mehul-choksi-… Both will be brought to Book and will be in hot waters which would be at boiling Temp. After the 26th Feb. 2019 and when Ketu is about to change sign to Sagitarius after 7th March and 23rd March 2019 will be most Venomous and then 30th April 2019 can prove to be the time frame when they will be Brought to book.

5.CONGRESS DYNASTIC POLITICS WILL SUFFER IN THE LOK SABHA ELECTIONS 2019

Fate of Dynastic Politics in the General Elections of Lok Sabha link https://www.astrodocanil.com/?s=Dynastic+Politics+of+Congress

After 26th Feb, 10th March, 23rd to 30th April 2019 will be the most venomous time for the Congress Dynastic Politics and suffering on account of the Scams they are involved and Tables turning when Saturn reaches the 24-26 degree mark when Saturn will be in Poorva shadha Nakshatra and Mars in Rohini Nakshatra.

6. NARENDRA MODI WIN IN THE LOK SABHA ELECTIONS 2019 AFTER HARDSHIPS

Read my Article “Vedic Progression By Mannu Smriti Of India Foundation Chart :What It Foretells ? Astrologer Anil Aggarwala” https://www.astrodocanil.com/2019/02/vedic-progressio…r-anil-aggarwala/ ‎ I have chacked the Solar Ingress chart in Aries, The Foundation chart of India and also the Vedic Progression chart of The India Foundation chart and come to the conclusion that he has strong chances of Becoming the PM again in 2019.

Let the Saturn disciplinarian reach the 24-26 degree mark and see what happens with Rahul Gandhi. The Planetary positions suggest not much gain in the General Elections of the Lok Sabha 2019.

8. EMERGENCY LIKE SITUATIONS IN THE COUNTRY TUG OF WAR IN POLITICS AND CONTROVERSIES

Read the Article below
WHAT MARS AND SATURN FORMING INAUSPICIOUS YOGA’S HAVE UP THEIR SLEEVES FROM 22ND MARCH TO 8TH AUGUST 2019 https://www.astrodocanil.com/2019/02/what-mars-and-saturn-forming-inauspicious-yogas-have-up-their-s…

The Planetary positions are parallel as per below

As Per Chaitra Pratipada Pieces Hindu New Moon Year of the 5th April 2019 the King of the Year is Saturn and the Primeminister Sun and hence Tug of War in the Political Scenario of the Country.

SATURN AS THE KING OF THE YEAR 2002
In the year 2002 also Saturn was the king of the year and there were Stikes, Piots and scanty Rains and Shortage of Food and Crops were damaged . The Risk to wealth and the Property of the people and hence similar situations cannot be ruled out. There were similar happening as the country faced in 1991
NAGASAKI AND HIROSHIMA BOMBING
6th August 1945 https://en.wikipedia.org/wiki/Atomic_bombings_of_Hiroshima_and_Nagasaki Jump to search
Atomic bombings of Hiroshima and Nagasaki
Part of the Pacific War of World War II.

LET ME ADD HERE ANOTHER CRUCIAL EVENT IN THE HISTORY OF INDIA WHEN INDIRA GANDHI EMERGENCY WAS CLAMPED SIMILAR SITUATIONS.

WHAT MARS AND SATURN FORMING INAUSPICIOUS YOGA’S HAVE UP THEIR SLEEVES FROM 22ND MARCH TO 8TH AUGUST 2019 https://www.astrodocanil.com/2019/02/what-mars-and-saturn-forming-inauspicious-yogas-have-up-their-s…

25th June 1975 when Ketu was in the sign Taurus and has crossed the nakshatra of Rohini
Affliction to Rohini Nakshatra is most Venomous in the Present Scenario.
In the Pieces New Moon chart of the 5th April 2019 14-20 hrs. The Raja is Saturn and the mantri is Sun we can imagine the circumstances arising out of the same The Ruling Party and the Opposition will be at Dagger’s Drawn and situations becoming most ugly.

9. US AND DONALD TRUMP MAY FACE THE TOUGHEST SITUATION AFTER 22ND MARCH. A ECONOMY BREAK AND RECESSION AFTER 26TH DEC. 2019 UGLIEST DISASTERS .

The Lunar and Solar Eclipses on the 17th July and 26th Dec. 2019 will prove to be most malefic for the US Economy and also For Donald Trump
Donlad Trump Losing the Ground.

10. FEAR OF EARTHQUAKES AND TSUNAMI LOOMING OVER PRONE COUNTRIES IN FIRST HALF OF 2019

COUNTRIES SUFFERING MOST WILL BE US, CHINA, EUROPE, INDIA 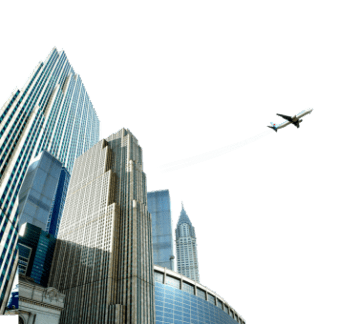